Get The Riggle Twins FREE from Amazon! 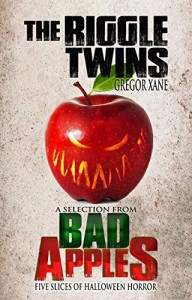 Grab it, read it, it's awesome ~ Bark

As I've previously announced, my novelette The Riggle Twins is presently on the 2014 Bram Stoker Award's preliminary ballot. To celebrate, I've decided to give the story away for FREE on Amazon through Wednesday of this week.

The Riggle Twins first appeared in last year's Bad Apples: Five Slices of Halloween Horror. Yesterday, it was announced that the same people who brought you that thing are putting out another thing next month called Dead Roses: Five Dark Tales of Twisted Love. So, if you're interested in either anthology, this story should give you the flavor of these books.

If you grab it, I do hope you enjoy it.

Get The Riggle Twins FREE from Amazon!