Dumplin’ sounds like a sweet little nickname when one is five but no teen wants to be called a lump of dough by their mom in front of their cruel peers. 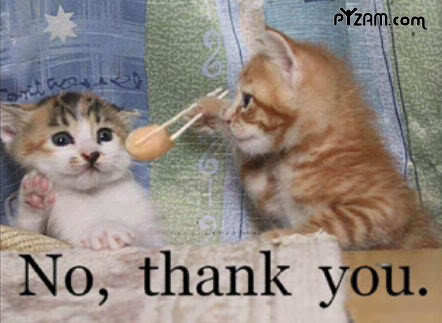 Willowdean has the unfortunate luck of having a clueless mom who does just that and can’t seem to figure out why her “Dumplin’” is so moody. Ah, the dramatic life of a teen.

Willow has bigger problems than her nickname though. Her beloved aunt Lucy has recently died (due in part to obesity), leaving her alone with only her grief and her former beauty queen mom who not so subtly urges Willow to lose weight. Constantly. Mom is worried Wilow will end up like Lucy. Mom’s world revolves around the pageant and Willow, a self-proclaimed fat girl, has no interest in such things. But as the story goes along, things happen that shake up her self-confidence (and if you guessed those “things” were a boy, I’m sad to say you are right). So between the flagging self-confidence and discovering something about her last aunt Lucy that saddens her, she impulsively decides to enter the pageant and enlists a bunch of misfits into joining her.

Sounds kind of fun, right? And sometimes it is but mostly it’s not.

Much stuff and many things happen but none of them are earth-shattering, nor are they nail biting. If you’re looking for a lot of action this isn’t your book. This is a very “slice of life”, character orientated story. That’s my favorite kind of thing so I enjoyed it right away and the narrator was great, she voiced Willow as a teen and it didn’t sound fake. I thought, finally, a book was going to live up to its hype for me! But then Willow started driving me CRAZY and there were many times when I didn’t like her very much.

Let me explain. Willow is happy in her skin when the story begins. She’s a big girl and she is okay with that. She has a beautiful, thin best friend but because Willow is so confident, their physical differences never come between them. I was loving that story and I really enjoyed Willow’s outlook on life but then, alas, Bo happens and things start to devolve. He’s her crush and her co-worker and has a butt as juicy as a peach. He’s also gorgeous, slightly mysterious and apparently enjoys kissing her. But only in private. Uh oh. Willow is smart enough to see where this is heading (or at least thinks she is) and dumps him without explanation and then pines away for him while leading on another boy.

Her best friends says It best when she states, “You’re a shitty friend Will.”

It’s here that the more unsavory bits of Willow’s personality start to take center stage and show their ugly faces too much and the book loses a lot of its charm. Willow doesn’t always say things out loud but she most definitely skinny and fat shames, she’s jealous, self-centered, judgmental , insecure and unapologetically mean to her supportive best friend, to her mom, to Bo and especially to a sweet boy named Mitch (yeah, it’s a love triangle, shoot me now). Willow’s a teen and full of mood swings and ugly thoughts about her peers. I get it. We all have our undesirable moments but Willow had far too many of them for me. I thought she’d be above some of that shit and be a better heroine. Instead she’s just like all the rest. What could’ve been a meaningful read with a strong, unique heroine turned into just another ho-hum young adult novel. It does have its good points; it’s readable, funny, sweet and savage and real and there are some good messages there amongst all of the muck but I was hoping for something new. Something different. Something fearless. And I didn’t get it.

audiobook YA Barks Audio Reviews get off my lawn