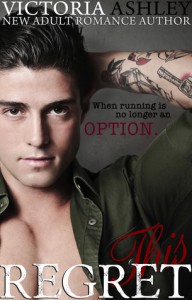 This has some pretty good reviews and it apparently doesn't end on a cliffhanger! You can get yours HERE.

Phoenix has been stumbling through life since her brother Adric's tragic death but after eight years, she is finally piecing what remains together. She has a nice apartment, a steady job and not to mention a fresh new 'relationship' with her childhood friend, Kade Haze. He's the sexy boy next door she never even dreamed of falling for, but can’t seem to stop the pull she feels toward him.

Just when life began to make sense again and a feeling of normalcy was on the horizon, Phoenix's carefully constructed walls come crashing down.

When walking into the tattoo shop one day, the last thing she’s expecting to see is Kellan Haze, Adric’s best friend no one has seen or heard from since the day they found her brother’s body. He’s nothing as she remembers him as a child, with his wild messy hair, tattoos that cover most of his undeniably sexy body and eyes so intense it makes her legs quiver with one look. The one thing even she can’t deny is the instant rush she feels just by being in his presence.

But how can you choose between love and lust when one of these hold a dark secret, one that can crush your world to pieces and leave you gasping for air. Who can you trust when your mind is pulling you in two different directions and your heart has to choose for you?

The Haze brothers are sexy, daring and possibly . . . dangerous.

This Regret is a story of love, lust, betrayal and danger with an ending that no one saw coming.

***Author's note*** Due to strong language and sexual content, this book is not intended for readers under the age of 18. This is a stand-alone novel that will have more books with side characters that can all be read alone.