Ugh, Netgalley. I. Must. Stay. Away. I swear I spend more time finding books than I do reading them so here's a little post that will hopefully keep me on track.

Here's my reading line-up for the next week or two (probably three).  Let me know if you've read any of these and please share your thoughts.

All In Fear: A Collection of Six Horror Tales

Horror wears many faces, and its masks can be tantalizing. Some of the top names in queer fiction come together to spin their own versions of horror. Worlds rife with dark beauty and mystery, the familiar becoming terrible, creatures ethereal and alluring—and all bearing the gleam of love. Does hope lie along these grim passages or only doom? It will become clear. All in time—and all in fear.

***
Six of the top names in queer romance join forces with Open Ink Press to bring you a deliciously unsettling horror anthology slated to release December 1st, 2016. All in Fear will feature chilling new and original stories from KJ Charles, Roan Parrish, Avon Gale, Kris Ripper, J.A. Rock, and Steve Berman. Coinciding with the winter holidays, the anthology will focus on the traditional macabre elements of horror coupled with the possibility for romance.

SINFUL
Sin has never forgotten Portia’s beauty or innocence and he is shocked to find her tied to his bed when he arrives on Serenity Island. But he soon finds his long ago love curious, then aroused, by the carnal acts all around her. Sin has secrets he can never reveal, but in Portia he discovers a sensuality that knows no bounds...

The Secret Life of Souls by Jack Ketchum

At the heart of this psychological suspense novel is the haunting depiction of a family’s fall and the extraordinary gifted dog, Caity, who knows the truth. As the drama unfolds Caity evolves from protector to savior, from scapegoat to prop, and eventually, from avenger to survivor. She is an unselfish soul in a selfish world—and she is written with depth and grace by authors Ketchum and Mckee, who display a profound understanding of a dog’s complex emotions. With her telling instincts and her capacity for joy and transformative love, Caity joins the pantheon of great dogs in contemporary literature.

Eleven year old actress Delia Cross is beautiful, talented, charismatic. A true a star in the making. Her days are a blur of hard work on ­set, auditions and tutors. Her family—driven, pill­-popping stage mother Pat, wastrel dad Bart, and introverted twin brother Robbie—depends on her for their upscale lifestyle. Delia in turn depends on Caity, her beloved ginger Queensland Heeler—and loyal friend—for the calming private space they share. Delia is on the verge of a professional break through. But just as the contracts are about to be signed, there is a freak accident that puts Delia in the danger zone with only Caity to protect her.

Unlucky thieves invade a house where Home Alone seems like a playground romp. An antique bookseller and a mob enforcer join forces to retrieve the Atlas of Hell. Postapocalyptic survivors cannot decide which is worse: demon women haunting the skies or maddened extremists patrolling the earth.

In this chilling twenty-first-century companion to the cult classic Darkness: Two Decades of Modern Horror, Ellen Datlow again proves herself the most masterful editor of the genre. She has mined the breadth and depth of ten years of terror, collecting superlative works of established masters and scene-stealing newcomers alike.

Five Stories High is a collection of five novellas each set in the same house – Irongrove Lodge. This five storey Georgian mansion, once a grand detached property, has now been split into five apartments.  This is a building with history, the very bricks and grounds imbued with the pasts of those who have walked these corridors, lived in these rooms.

Five extraordinary writers open the doors, revealing ghosts both past and present in a collection that promises to be as intriguing as it is terrifying.

The Devil Crept In by Ania Ahlborn

An unforgettable horror novel from bestselling sensation Ania Ahlborn—hailed as a writer of “some of the most promising horror I’ve encountered in years” (New York Times bestselling author Seanan McGuire)—in which a small-town boy investigates the mysterious disappearance of his cousin and uncovers a terrifying secret kept hidden for years.

Young Jude Brighton has been missing for three days, and while the search for him is in full swing in the small town of Deer Valley, Oregon, the locals are starting to lose hope. They’re well aware that the first forty-eight hours are critical and after that, the odds usually point to a worst-case scenario. And despite Stevie Clark’s youth, he knows that, too; he’s seen the cop shows. He knows what each ticking moment may mean for Jude, his cousin and best friend.

That, and there was that boy, Max Larsen...the one from years ago, found dead after also disappearing under mysterious circumstances. And then there were the animals: pets gone missing out of yards. For years, the residents of Deer Valley have murmured about these unsolved crimes…and that a killer may still be lurking around their quiet town. Now, fear is reborn—and for Stevie, who is determined to find out what really happened to Jude, the awful truth may be too horrifying to imagine. 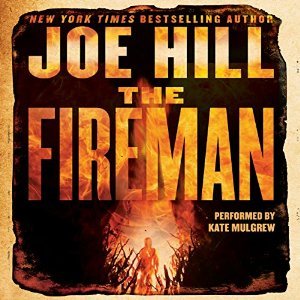 The Fireman by Joe Hill

The fireman is coming. Stay cool.

No one knows exactly when it began or where it originated. A terrifying new plague is spreading like wildfire across the country, striking cities one by one: Boston, Detroit, Seattle. The doctors call it Draco Incendia Trychophyton. To everyone else it’s Dragonscale, a highly contagious, deadly spore that marks its hosts with beautiful black and gold marks across their bodies—before causing them to burst into flames. Millions are infected; blazes erupt everywhere. There is no antidote. No one is safe.

Harper Grayson, a compassionate, dedicated nurse as pragmatic as Mary Poppins, treated hundreds of infected patients before her hospital burned to the ground. Now she’s discovered the telltale gold-flecked marks on her skin. When the outbreak first began, she and her husband, Jakob, had made a pact: they would take matters into their own hands if they became infected. To Jakob’s dismay, Harper wants to live—at least until the fetus she is carrying comes to term. At the hospital, she witnessed infected mothers give birth to healthy babies and believes hers will be fine too. . . if she can live long enough to deliver the child.

Convinced that his do-gooding wife has made him sick, Jakob becomes unhinged, and eventually abandons her as their placid New England community collapses in terror. The chaos gives rise to ruthless Cremation Squads—armed, self-appointed posses roaming the streets and woods to exterminate those who they believe carry the spore. But Harper isn’t as alone as she fears: a mysterious and compelling stranger she briefly met at the hospital, a man in a dirty yellow fire fighter’s jacket, carrying a hooked iron bar, straddles the abyss between insanity and death. Known as The Fireman, he strolls the ruins of New Hampshire, a madman afflicted with Dragonscale who has learned to control the fire within himself, using it as a shield to protect the hunted . . . and as a weapon to avenge the wronged.

In the desperate season to come, as the world burns out of control, Harper must learn the Fireman’s secrets before her life—and that of her unborn child—goes up in smoke. 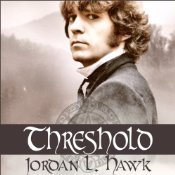 Whyborne, Griffin, and their friend Christine travel to Threshold Mountain, a place of dark legend even before the mine burrowed into its heart. A contingent of Pinkertons—including Griffin’s ex-lover Elliot—already guard the mine. But Griffin knows better than anyone just how unprepared the detectives are to face the otherworldly forces threatening them.

Soon, Whyborne and Griffin are on the trail of mysterious disappearances, deadly accidents, and whispered secrets. Is Elliot an ally, or does he only want to rekindle his relationship with Griffin? And if so, how can Whyborne possibly hope to compete with the stunningly handsome Pinkerton—especially when Griffin is hiding secrets about his past?


For in a town where friends become enemies and horror lurks behind a human mask, Whyborne can’t afford to trust anything—including his own heart.

A Bed of Spices by Barbara Samuel*
DANGEROUS TIMES, IRRESISTIBLE LONGINGS....
The exquisite Frederica der Esslingen fled from her father's castle to the herbalist's cottage, vowing she could never give in to her father's wishes and marry the man her twin sister loved. Another man, a stranger forbidden to her, touched her very soul. A man who listened when she spoke...a man with a tumble of black curls and clever lips...He understood her bold, searching heart. Yet he was denied her forever.
A Bed of Spices is a wildly romantic tale of forbidden love set in the turbulent middle ages. Solomon and Rica meet by chance at the herbalist's cottage and fall in love despite the divisions of religion, class, and expectations -- but how can they possibly find a happy ending with so many things stacked against them? Dark, beautiful and ultimately uplifting, this is a romance you won't easily forget.

*This is my in-between reads book. My poor tbr pile always gets the short end of the stick :(
Reviewing Fun