My First Roll for Booklikes-OPOLY

I'm rolling my dice today but won't have time to get started until tomorrow. I rolled a 9 which means that I landed on space 9: 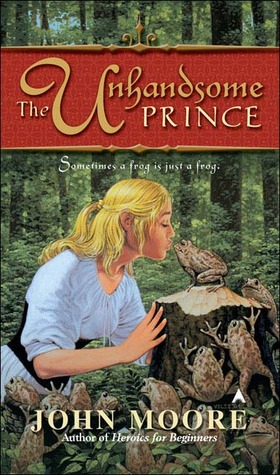 From the back cover:

And they lived happily never after...

Caroline's plan to live happily ever after has hit a snag. She's spent months mapping the swamp, building tadpole nets, and kissing every wriggling frog she could get her hands on, and one has finally turned into a prince. Unfortunately, Prince Hal is not, as promised in the fairy tales, particularly handsome. In fact, he's kind of dorky-looking.

Hal himself isn't very eager to marry a girl so obsessed with appearances, but he finds that a lot of people have a stake in his impending nuptials -- including a sorceress in training, an irritating dwarf, and Hal's own royal family, who seem to have misplaced large portions of the treasury. But the biggest reason for him to marry Caroline, true love be darned, is that if he doesn't, it's back to the lily pads for him -- permanently...

If I don't end up DNFing, the pages completed will be 276 which will put an additional $3.00 in my bank.