Puss in Prada by Marie Jacquelyn This is an adorable little fable. It’s about a man named Alex who was turned into a talking cat by an irate witch. He’s been this way for a few years when the book begins and is living the cat life with his ex-boyfriend Ethan. Ethan was kind enough to take him in even though they were already broken up at the time because Alex was sassy, sarcastic, self-centered and snobby and an all-around dreadful boyfriend. Oh wait, he’s still all of those things! Except he’s no longer the boyfriend (that’d be too weird even for me) and now that he’s a cat, he makes good company for Ethan who prefers to stay in and watch tv after a long day of work. But Alex doesn’t want Ethan to turn into some lonely, antisocial cat man.

Not that there's anything wrong with that . . . 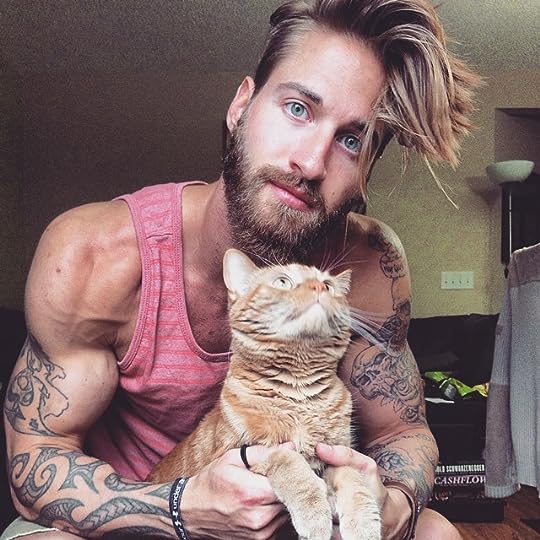 Still, it’s time for Ethan to put himself out there and find a boyfriend– even if the thought of Ethan with another man makes Alex a little queasy.

This story is simply delightful. If you are not a fan of m/m romances because most tend to be heavy on the angst and the sex, this is one that isn’t like the rest. It’s sweet and funny and I really enjoyed the characters. I think it will charm even those who think their heart is dead (not that I’d know anything about that . . .)

There is so much fun dialogue packed into this little novella but I think this line from Ethan describing cat Alex’s faults was my favorite.

"You also yell at the pigeons outside, watch too many cooking shows, and have a blog entirely dedicated to pictures of yourself."

Honestly, the only thing I’d change about this book is the cover. This is a book that features a talking cat who wears designer clothing and it has a generic cup of coffee on its cover? A pretty cup of coffee, sure, but seriously, what is up with that? So much opportunity squandered! I say ignore the cover and picture any of these dapper fellows on the cover instead. 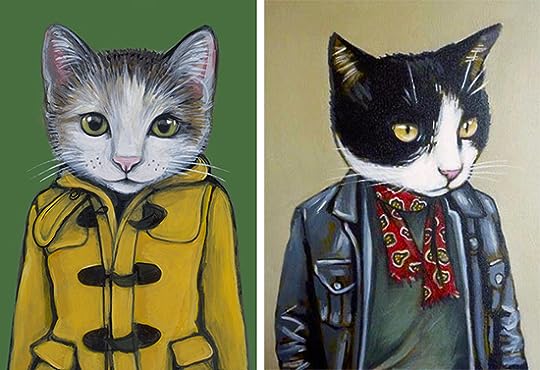 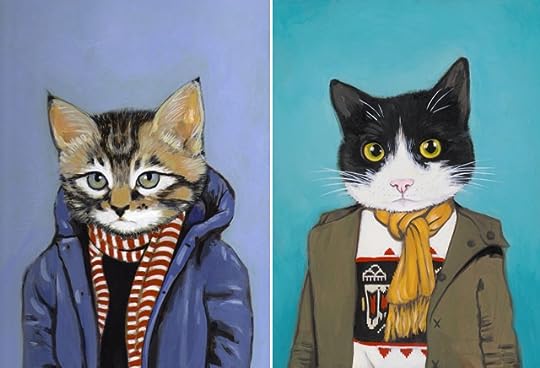 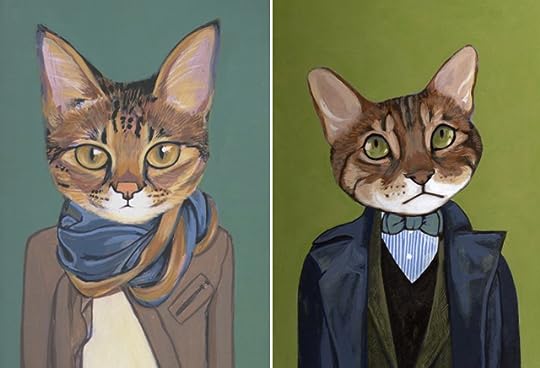 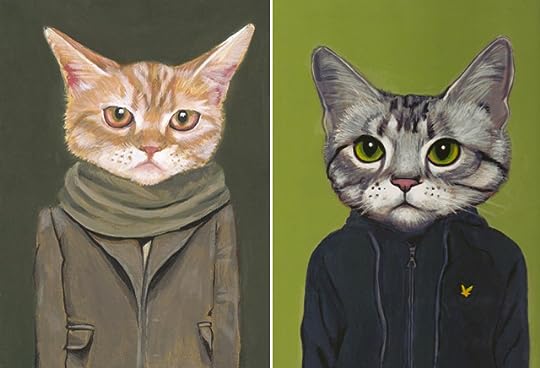