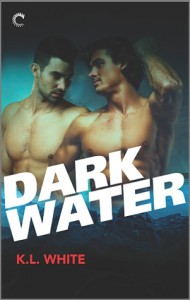 Benjamin has had enough of this cruel, cruel world. Blind and battered and suffering from PTSD after returning from service in the military, he visits the beach where he and his now dead best friend Rez shared many good times. He intends to drown himself but before he can do that he hears horse hooves and then, strangely enough, he hears Rez’s voice.

Rez is not only alive but he claims he is a kelpie arisen from the sea and must take a human sacrifice to appease and keep the bloodthirst of his band of kelpies at bay. Because he touched the water with death in his thoughts, Benjamin is marked for death and Rez is charged with bringing it. Uh oh.

So, what’s a kelpie, you may ask? According to this book and google legend, a kelpie is a shapeshifting water horse that watches over and saves hapless humans from drowning and shark attacks but twice a year they must sacrifice a villain or willing victim (and eat them!) or the bloodlust may overcome them. 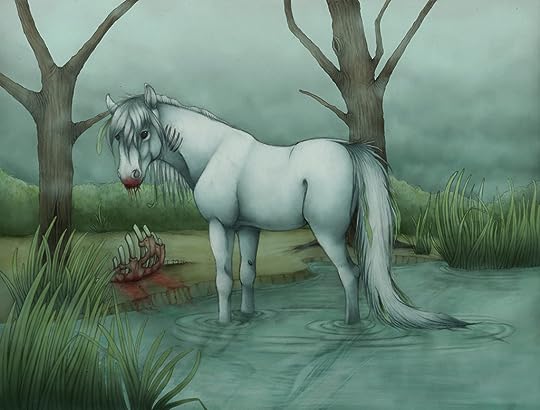 Don’t you love it? So beautiful yet so very sinister.

Anyhow, once Rez realizes it’s his buddy that is marked for death, he seeks advice to remove the mark. This is where things get a wee bit wonky for me. The only way he can remove it is by having sexy times with Benjamin and making him his mate for life. Rez likes men but Benjamin is straight. Or at least he thought so . . .

I’ll say nothing more about the plot but I will say that the brevity of this story was definitely a deterrent to my falling in love with it. I don’t mind a good gay for you love story but this one didn’t work because there was no time for things to develop naturally. It was rushed and, in the end, I felt the relationship was based more on lust, comfort and outside pressures than any true love match. Add another hundred pages to this novella and it could’ve been an emotional angst-fest that I would’ve adored. As written it was just a strange little tale of lust. Not horrible but not all that memorable either.

I received a copy of this ARC from Netgalley and Carina Press.