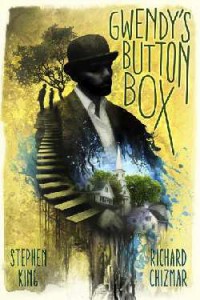 I listened to this as an unabridged audiobook read by Maggie Siff who starred in Son’s of Anarchy. I never watched that show because there’s no monsters in it (I know, I am a terrible person, no need to tell me) so I don’t know her work. I learned this from listening to the Q&A with King & Chizmar at the end of the audio. Methinks they might’ve been enamored a little with her work on the show. She’s a little flat at times but overall does a decent enough job with the material but, honestly, I’ve heard better narrators and her performance wasn’t anything to get all that excited about.

Since this is a short story and I am a lazy bum I’m going to be brief. One lovely summer day when Gwendy is a tween doing her best to get healthy and shed herself of a nasty nickname by exercising herself silly, she spies a strange man who offers her a very special button box. This box, he sinisterly promises, will dispense magical chocolates that will curb her hunger. It will also spit out silver coins that’ll help put her through college. Well, Gwendy is a smart girl and she takes that box home despite her misgivings about keeping a box that has a potentially very dark side . . .

This was an eerie little story more magical realism than horror but I enjoyed it even though I wish it had been longer. I kept waiting for something dreadful to happen and eventually it does. It is partially a King story, after all! Honestly, I would’ve liked to have seen even more dreadful events and to have had a darker ending but I did get that in the second story included in this audio “The Music Room”. That story gets five stars. It was short, comical and as pitch-black as it gets.

I'll be using this book for the Magical Realism Square. 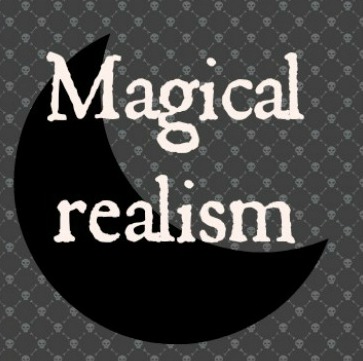