How Not To Run A B&B by Bobbi Hutchinson Well, this book may have just steered me away from my lofty dreams of winning the lottery, buying an old haunted Victorian, converting it to a B&B and becoming the new Norma Bates.

I always thought people checked in, did their own thing, ate breakfast with their companions and then went on their merry way. That’s what I always did when visiting a B&B but I guess I was doing it very wrong. Perhaps I am terribly anti-social because just thinking about having to entertain strangers and chit chatting them up the way this lady did makes me want to crawl into a ball and hide forever. I also know I could not clean up a stranger’s body fluid with an old toothbrush. If ever I found myself googling “how to remove a semen stain” I’d consider myself stuck in one of the circles of hell and would throw in the towel (and probably throw away the sheets). She jumps in full steam and keeps going.

I give this lady a lot of credit for attempting something new and frightening (well, to me at least) when her romance novel sales started to decline and she needed help with the mortgage payments. She had never even stayed at a B&B before but figured it’d be some easy money. She can cook, she loves people and she knows how to clean sheets with the help of Google. What could go wrong?!

This wasn’t exactly the book I thought it was going to be strictly going from the title but it was close enough and it kept me entertained. It’s really not about the first time mistakes made by a new B&B owner with zero experience. Those are sprinkled in along with all of the vignettes about her dating/social life, her woo-woo views on spirituality (we are living in some sort of dream world?) and her guests and neighbors who are, uh, colorful.

She is, in my opinion, a little too truthful in her telling. Maybe I’m too secretive but were it me, I would’ve definitely left some things out. That last awful interlude with her elderly neighbor. Ouch. That one hurt my heart. And then there’s the fact that she is 61, twice divorced, has three grown sons and should really know much better than to sleep with one of her guests after only knowing him a day or so. What the hell, you only live once, right? She goes for it because she doesn’t know when or if she’ll be propositioned again. I found that a little worrisome. He could’ve been any number of horrible things; riddled with disease, a serial killer, a nose picker or even a cat kicker. How would she know after only a conversation or two?! She then goes on to detail what a terrible experience it was for her because it was over in 16 seconds and he wasn’t up for another round. Ha, she soon realized why his ex-wife didn’t want to have sex with him. I don’t think I needed to know any of that even if it did amuse me. It was all a little TMI for my delicate constitution and then she had to be nice to him?! 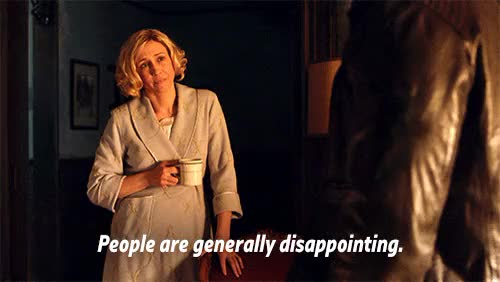 There are several recipes included that I am entirely too lazy to make but if you’re into that you’ll enjoy them. None of them are vegan because even though she states that she’s a vegan/vegetarian (uh, pick one!) at the beginning of the book, and that she doesn’t want bacon tainting her house, soon after she whips up some eggs. Methinks she is a little bit confused about the vegan word but my kid was vegan for years so I know it doesn't mean cooking with eggs. Or cow's milk. Or butter.

Other than that it was a nice enough way to spend my ride for a few days. Narrator Randye Kaye does a professional job and has a musical delivery to her voice and also the ability to deepen her voice for the men.

I received a copy of this book from Tantor Media. Thanks, Tantor!