I haven’t a clue why this book is called Hard core because it’s not hard core at all and that’s not a terrible thing. Just don’t be misled by the title thinking you’re going into some gritty, taboo, murder filled read. You might be disappointed if that’s the case.

Hard Core is a sweet, slightly saucy little love story. Ledger has recently been released from prison for a stupid but rather harmless offense. He’s covered in tattoos but he’s nothing but sweetness on the inside.

He did not murder or harm anyone, if you were still wondering.

Jacy runs a coffee shop and is recovering from an abusive relationship and a devastating secret she doesn’t share with anyone when she meets Ledger. They soon fall in love but Ledger has a secret of his own. A secret which will come back to bite him in his perfect butt and possibly ruin everything he’s been living for the past few years.

This was a straight-forward, slightly predicable but pleasant romance with a likable, if sometimes misguided, hero and a heroine who didn’t get on my last nerve. I’d recommend reading it in paper as I wasn’t overly thrilled with either narrator. I love the idea of two narrators for this type of story but have to admit it threw me at first and took some getting used to. Lauren Sweet voices Jacy and her voice was so nasally at times that it made me cringe. Marcio Catalano does his best with Ledger but I felt his voice was too cultured and smooth for a man like Ledger. A little roughness would’ve made it work better for me. I’m not sure either narrator was the best choice for these two characters but they weren’t abominable so if audio is your only thing give it a go. 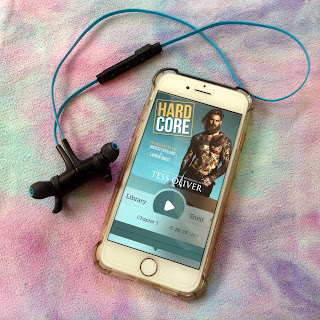