I requested this book from Netgalley but I have no idea why. I am not interested in sports. I’m guessing it was the cover.

I managed to get through this one despite myself. It was touch and go there for a bit, I’m not even going to attempt to pretend otherwise. Only my laziness to figure out what I wanted to read next kept me going. One of these days I will learn how to DNF correctly.

Chase is a rich and famous hockey star and has a reputation as being “the bad boy of hockey” because he’s a trouble maker on the ice and he likes to sleep with women. Ummm, ok. He’s young, he’s loaded and he’s beautiful. I’d say that’s pretty normal not “bad” but what do I know? He is secretly in love with his best friend Cassie but he knows he can never share his feelings because it will destroy their close friendship. Thus, all the sleeping around with the hockey “bunnies”.

After Chase scares off Cassie’s latest date (in a real jerky alpha move) she laughs it off and calls him an asshole but she is relieved. She is focused on her career and moving on up and isn’t seriously pursuing a relationship. She’d much rather hang out with Chase and his friends than some random boring guy anyway. And when your best friend is a hockey god normal guys don’t stand a chance.

My description is making this sound dreadful, I know that and it’s not. At least not yet!

Cassie is chosen to make a key note speech and present a huge rollout for her company. This is a BIG deal for Cassie. It takes weeks of preparation and will help her reach her goals. The trip is in Vegas. She decides to take Chase with her and it’s here that the story goes all to hell for me. I won’t spoil it for everyone dying to read it but I will say that some colossally idiotic behavior goes down and Cassie ends up looking like a complete idiot when it was all said and done.

You might be able to get past that and forget about it. Not I. She is only 28 at the time, you might say, but at 28 I already had two kids, a mortgage, and a full time job and was well on the way to becoming the grumpy reader I am today. 28 is old enough to know better than to act like a coed on spring break. Cassie, up until Vegas, was painted as a responsible, intelligent woman so none of this made sense. This Vegas nonsense tainted the rest of the story for me because after Vegas happened I didn’t give any craps about her and her relationship with Chase. 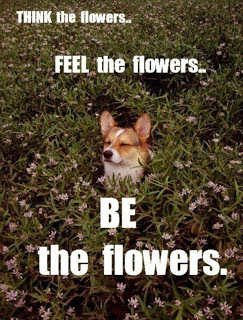 That’s better. So, as I mentioned, I did carry on after taking a little break and a few deep cleansing breaths. What followed wasn’t really worth the effort. Their sexy times were hot, I’ll give them that, but that’s not enough to carry me through a book like this when their thoughts and self-talk are repetitive and tedious. Chase describes Cassie as “hilarious” but I never saw it which is a crying shame. Telling me someone is hilarious does me no good at all when they come across as average to boring on the page. They say love is blind though and I do believe it is true. Ah well, perhaps I’m just too grouchy for this kind of book.