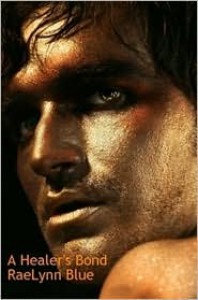 Adele is an ER nurse whose latest patient, dying from a stab wound, is so intoxicatingly beautiful, she can’t stop staring at his gorgeousness even as he’s bleeding out and his heart needs to be restarted. Despite her fleeting moment of frozen professionalism, she eventually snaps to attention and they are able to revive him. When his “leaf colored eyes” open, she attempts to explain his situation and he responds all growly-like with “stop babbling, woman” and does his best to stand and skedaddle out of there.

Prince Wyatt Wong, heir to an all-important throne in another realm, was stabbed by his uncle Horea who has grand plans to become the ruler in Wyatt’s place. Wyatt must leave the hospital asap or risk another attack but first he has to take a moment to ogle the bountiful breasts of his hovering nurse. A little later, as he’s stumbling about searching for his missing sword (oh noes!), he realizes he must find Adele, his healer, because he’s oozing burning goo from his wound. He manages to instinctively find her home and they have some hot, healing sex.

A Healer’s Bond was novella length but it was very difficult for me to finish. I started and stopped the story no less than five times because the writing just didn’t work for me. I found Adele abrasive and almost hatefully ugly when a skinny waitress comes on the scene (to take their order mind you, not to have sex with Wyatt) and I didn’t find Wyatt particularly attractive either. The opening scenes were off-putting and later, when they do have sex, everything was described in either too flowery language or in an unappealing way (pussy, phallus, etc.). Shafts and breasts were bouncing all over the place, her internal canal quaked and there was even a feminine garden wherein resided a stony button.

“Taking the southern route to her apex, he attacked her opening. His blunt weapon assaulted her until nothing else existed, just him and the tremendous pleasure unfurling.”

Ummm, ouch. I guess it's a good thing he was missing his sword for awhile there. I don’t know about you, but this does not make me want to anxiously turn the page to see what he does next. It all sounds rather painful to me but maybe I'm just a wimp.

I thought the fantasy storyline was a bit predictable but the book does work best when the action takes over at the midway point. I can’t rate this one higher than a two because I had too many problems with the borderline unlikable characters, the stilted dialogue (“I am burning for you, the magic. Please, delay no longer.”), the insta-lust and the unsexy (to me) sex.