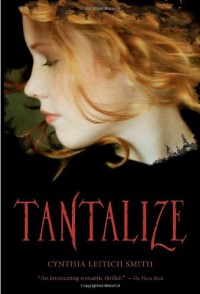 I read Eternal which I found lacking and went back to read this one to see if I’d enjoy it any better. I should have known better.

The writing is still very off putting and the world building just as lame and inconsistent as book #2 in the series. I can’t quite put into words what is wrong but I feel a disconnect between myself and the characters which is annoying and frustrating.

This story is set in a world inhabited by humans, vampires and werewolves but the whole dynamic between the three is sketchy and the author just throws it at you without bothering to explain anything. It drives me nutty when an author does this sort of thing as it just screams lazy to me. I figured with this being book #1 she’d do some decent setup but it’s a no go, instead she spends time describing more important stuff, you know, like clothing and food. Anyway, Quincie is a teenager trying her best to woo her werewolf/human hybrid boyfriend into holding her hand before he runs off to join a wolf pack, never to be seen again apparently. She is being raised by an uncle because her parents are dead and is helping him reopen the family restaurant which has been reinvented as an Italian vampire diner. But, uh oh, the head chef (and her close confidant) is found brutally murdered. She is at the restaurant when the poor guy is torn to bits.

A major problem with this book and its sequel is that it sets up these huge dramatic moments that should be emotionally painful but are just . . . not. The books are emotionally dead. Quincie has two friends, the werewolf/human guy who won’t touch her and the dead chef. Supposedly she admired the chef but when he dies his dreadfully painful death she just goes about her day, worrying about getting the restaurant going and wondering if the new cook can pull off the whole “vampire diner” dynamic because he doesn’t have the right look. Never mind the fact that he’s only 20 and is going to be the head chef (where’s Chef Ramsey when you need him?!). I’m supposed to believe this girl is in her late teens and has the emotional capacity of a mannequin? I haven’t been a teen for awhile but come on; teens are just as emotional as the rest of us jaded [cough:] slightly older, world-weary folks, if not more-so. Much more-so in my experience. I’m supposed to swallow the fact that she doesn’t have even a mini emotional meltdown after this drama? Is she that incredibly shallow? Yes, she is and that’s why I will not bother finishing this book.