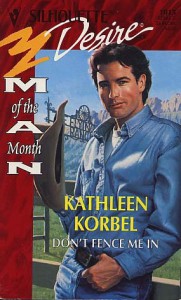 In order to escape his crazy life in the spotlight movie star Cameron Ross purchases a ranch where he can lead a normal life (when he's not working) away from people who only want to use him. He grows some stubble, trades in his Armani's for well-worn denim, and goes by the name Noah Campbell.

Dulcy McCann, ranch manager, is all set to dismiss Noah as a rich, useless city slicker until she sets eyes on him hard at work and actually pulling his weight. A single Mother, shunned by the majority of the Town, Dulcy has remained celibate and worked very hard to get where she is and gain back the respect she lost from a past mistake. She's stunned and frightened of her immediate attraction to Noah but it's darn impossible to fight. She can't give into her feelings or she'll risk everything she's worked so hard for. And although he's falling hard for her he fears he'll break her heart when she discovers who he really is and it's only a matter of time until she does since his face is plastered over the entertainment magazines her Aunt loves to read.

DON'T FENCE ME IN is a fast, sexy read with a charmer of hero, and an assortment of likable characters. The plot is sprinkled with humor and a bit of intrigue. The ending had me in stitches, so if you suffer from read-end-itis try to resist temptation because you will really spoil it for yourself.
Tweet