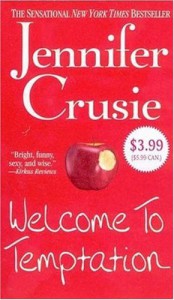 Everyone loves this book but if I'm going to be honest I have to admit that it was a real struggle for me to finish. If I hadn't been having it read to me via audiobook, I don't think I would have stuck it out.

This book didn't have the wit and spark of the earlier books I've read by this author and in the end there were so many characters that I had a very difficult time remember who was who.
Tweet